Slewing consists of working two or more rods together one above the other, before and behind alternate stakes.

Slewing is worked continuously round and round the sides of basket, and an odd number of stakes is necessary. Two rod slewing is begun with a single rod in the same way as for randing, and when this rod has been worked for half its length, a second rod is laid in above it, and the two worked together.

When the lower rod runs out, its top is left on the outside of the basket, and a third butt is laid in above the other rod,between the same two stakes, to make up the two again. In a similar way a fourth butt is laid in when the second runs out, and so on. 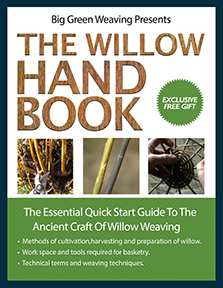 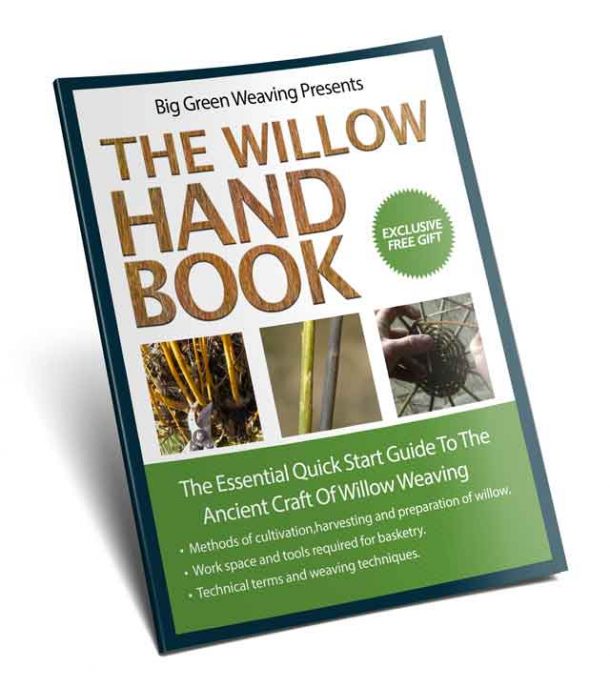